August has passed – and while things seem to slow down a little during summertime, there were still some news items worth noting. Let’s get right to it, and allow me to start with the piece of news from us here at atlatec which I’ve been promising:

“German 3D Mapping Company Atlatec Is So Confident, Competitors Can Access Its Data” – via Forbes

We have finally released our new, entirely free HD map of Downtown, San Francisco! Ed Garsten interviewed our CEO Henning Lategahn and me on the contents and creation of the data – which we believe might well be the largest OpenDRIVE data set freely available – and our reasons for sharing it with the public. You can read his article on Forbes or jump right ahead and grab a download link for the map on our website: https://www.atlatec.de/getsampledata.html

AAA advocates for better testing of ADAS systems – and undertook a study to benchmark how current systems perform. The results are well worth noting: “[Over] the course of 4,000 miles of real-world driving, vehicles equipped with active driving assistance systems experienced some type of issue every 8 miles, on average. […] On public roadways, nearly three-quarters (73%) of errors involved instances of lane departure or erratic lane position.”

Some more details about Waymo’s branching-out into cargo transportation have been made public. Like TuSimple, Kodiak and other autonomous trucking companies, the Google spin-off has chosen Texas for their logistics testing, citing high freight volume and other favorable environmental factors as their reasons.

Waymo’s trucks will apparently be operating between Texas and New Mexico, in particular on the I-10, I-20 and I-45 interstates. With Tesla also building a new Gigafactory in Austin, it looks like the Lone Star State is becoming a new hot spot for automotive tech!

While Uber and Lyft both aim for autonomous robotaxis to finally become profitable, that day still won’t come as soon as some may have thought. In the meantime, the mobility providers rely entirely on contractor drivers/gig workers to be operational. However, the state of California (and some Californian cities) have successfully argued in court that Uber and Lyft drivers are, in fact, employees: That would mean they have to be paid better and given benefits that contractors have no claim to. Uber and Lyft argue this would force them to shut down operations – and have now achieved a temporary stay of the reclassification.

There will be more development in the months to come, and I personally am very interested to see how this plays out.

That’s it for this month – I hope you all have an excellent summer, even with things being the way they are, pandemic-wise. Stay safe, however you spend it! 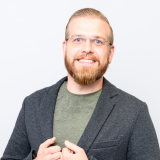 As a business developer, I'm a "matchmaker" between atlatec's HD map/scenario portfolio and the needs of automotive and mobility companies in ADAS and AVs. I try to keep on top of market and technology trends and enjoy sharing with other industry stakeholders.

We use technology to give you the best possible experience. In addition to JavaScript, this includes cookies that are technically necessary for the operation of the site and cookies that are used for analysis and/or tracking. If you reject non-technically necessary cookies, they will not be set and no recording of usage will take place. With your consent, we can anonymously track the use of this website and identify your browser even after you have left the website. No profile formation and/or combination of usage data with further data of the user takes place. It is not possible for us to draw conclusions about your person. For further information and the possibility to object, please refer to our Legal Notice
ACCEPTREJECT
Manage consent

This website uses cookies to improve your experience while you navigate through the website. Out of these, the cookies that are categorized as necessary are stored on your browser as they are essential for the working of basic functionalities of the website. We also use third-party cookies that help us analyze and understand how you use this website. These cookies will be stored in your browser only with your consent. You also have the option to opt-out of these cookies. But opting out of some of these cookies may affect your browsing experience.
Necessary Always Enabled

Performance cookies are used to understand and analyze the key performance indexes of the website which helps in delivering a better user experience for the visitors.

Analytical cookies are used to understand how visitors interact with the website. These cookies help provide information on metrics the number of visitors, bounce rate, traffic source, etc.

Advertisement cookies are used to provide visitors with relevant ads and marketing campaigns. These cookies track visitors across websites and collect information to provide customized ads.

Other uncategorized cookies are those that are being analyzed and have not been classified into a category as yet.